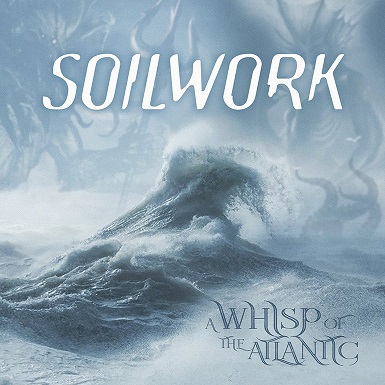 From the opening seconds of the self-titled song, you get the feeling that you are entering a voyage, a trip to a promising destination. You get the feeling that this is quite an unusual start for a Soilwork song, a quite progressive way to start this five songs EP. Not the typical Soilwork that we know. But, who says that this band has been one dimensional, one sided and follows one norm? To the contrary, all their discography is versatile, diverse and they have presented us different works throughout their +twenty years. Their new EP is a fantastic, a short version of something bigger in the number of songs but equal in the quality, inspiration and musicianship. After all, this is one of the reasons that will make us forget why 2020 has been such a shitty year for all of us. It stands out, it is a proof of what this band can produce, even in a shorter form. It doesn’t matter. All the Soilwork core elements are here. Clear and brutal vocals. Melodies and guitar harmonies from a more progressive and open-minded perspective. Interesting new ideas (one more time) with different song compositions, which intrigue the audience to go further, to explore, to have a good time with their songs. This band has been ambitious and wants to evolve, showing the will to experiment new territories with their music. Even with “Feverish”, where the intro brings an immediate thought to the Night Flight Orchestra, the blast beat, guitar riffs and brutal vocals of Björn Strid come to remind us what exactly are we listening to. “Desperado” is an old classic inspired tune, which travels us back in time, into the glory days of the band, with its straight forward brutality and speed, but also with this melodic feeling to be first class mastered. This EP leaves no doubt about what this band has been all about, what they can contribute and mostly is a statement of which place Soilwork have in the extreme music.