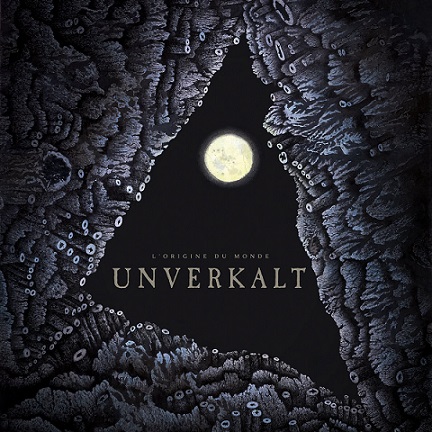 Unverkalt comes as a surprise to the ones who don’t know, to the ones who have no idea. Its debut album is something innovative, something that impresses and seduces. “L’ Origine Du Monde” is a post/experimental metal release that should not be missed, a dark, atmospheric metal disc that shines like a star in the night sky, an album that stands on the intersection of alternative/post metal and doom/gothic metal. Unverkalt’s music is quality music, its songs have a unique musical identity, a real musical passion and a warm, redemptive energy, which will make you see things differently. The Greek band manages to create wonderful soundscapes, where the sad, melancholic melodies prevail. Unverkalt successfully tries to express what lies deep inside, drags the listener to its shady world and lets him/her drown in tears of eternal solitude. As the Greeks focus mostly on the emotion, “L’ Origine Du Monde” sounds like a descent to the depths of sorrow. Unverkalt plays through the heart, its aim is to speak to the listener’ heart and the results will make them happy. The album’s gloomy atmosphere is created not only thanks to the doomy riffs, but also thanks to the strange female vocals –yes, Demetria Kvu sings with a vivid, volatile and watery voice and contributes much to the peculiar result of the album. And last but not least, the crystal clear and compact sound of “L’ Origine Du Monde” shows that Dionisis Christodoulatos did a great job at the CFN Studio. Overall, Unverkalt has succeeded in releasing an emotive music release, which will touch the listeners’ feelings. A singular album, which needs time to grow inside. Trust the Greeks and enter the realm of shadows …