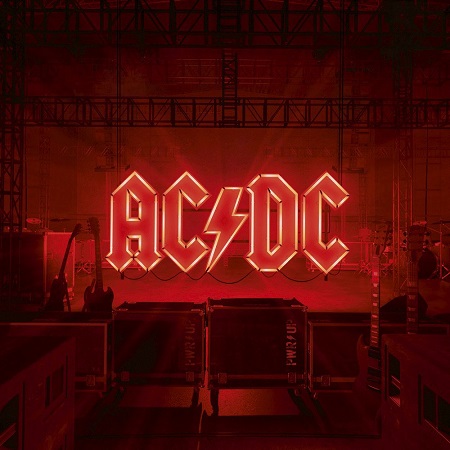 It is times like this that you push the "play" button, you cross your fingers and you are so anxious to see if you will like what you will listen to. AC/DC are here with a new album, "Power Up", and two editors of Myth of Rock deposit their view. Nevertheless, even if we didn't like the result, the significant is that the legendary Australian band is back on track. But who said that we didn't like the album's result?!

According to Angus Young, the seventeenth album of the mighty Australians is a tribute to his brother, founding member and cornerstone of the sound, the riffs and everything around the band Malcolm Young. The follow-up to “Rock or Bust” has everything that characterizes this band to the bone and reminds us why we love them so much, them, their music and all our memories that come along. “Power Up” is not asking the fans to put it in the highest spot of the band’s discography. It is not asking us to treat like a ‘breakthrough’ moment or something like that. Following a career of close to 50 years now, the band reunited after a small hiatus, where Angus Young, Brian Johnson, Phil Rudd, Cliff Williams and Stevie Young got together for the love of Music, Malcolm (he is credited on all 12 tracks of the album) and of getting together as an old friends’ company who love what they do. The album was recorded in 2018 in Vancouver Canada, with the help of Brendan O’ Brien (who worked with the band on ‘Black Ice’ and ‘Rock or Bust’). All tracks have the absolute trademark sound of AC/DC, what the fans have loved throughout the years, and in a way it gives you this feeling of “goosebumps”, because you know that this band will not have so many years ahead to produce new music and this record proves indeed the character of it. The title of the album (haha, don’t ask me why) it instantly reminded me of “Powerage”, which is my favorite AC/DC album. “Power Up” has a lot of energy, thrills and the DNA of the band is there. You could argue that it rocks as a badass! And no, every single AC/DC album does not sound the same god damn it! They are all different, diverse and unique in their nature. So is this one. When the first riffs of ‘Wild Reputation’ start to sound, you get excited, you have the riffs, you have the rhythm that sets you on move and make you wanna air guitar yourself or grab a beer and enjoy the moment! Angus is on a great form, doing his own thing, we love him for that and owe him a bunch for that! The rhythm section of Cliff, Rudd and Stevie is solid as a rock, sounds so compact and dynamic. Brian might have got older, but he really delivers with his signature vocals, no doubt about that! For me, this record is so enjoyable and good in the sense that I love the fact that there are no surprises here, no hidden lyrical themes, no unexpected tunes, everything is how it should be! That’s what it makes it awesome and respectable. Music is (also) about having fun, enjoy, fulfill your soul with so many emotions. This record absolutely fulfills that purpose and that’s why we love this band and their records all those years. They keep on making us happy! Grab a beer and enjoy the music!

If somebody told me two years ago that AC/DC would release a new album with Brian Johnson behind the microphone, I would consider him mad. Against all odds, AC/DC has returned with Brian Johnson and releases a new album, under the title “Power Up”. I will put it straight. I didn’t like the album after a couple of listening sessions. However, each time I listened to the album, I liked it more and more, and now I can say that every song of the album is a great one! Yes, AC/DC offer us twelve new compositions, which are surprisingly fresh, uniquely inspired and notably catchy! From the first song (“Realise”) to the last one (“Code Red”), AC/DC are doing what they know better than anyone else – they play dirty, gritty, awesome rock n’ roll! They are the masters, they showcase their monstrous skills by doing the self-evident, they rock big time. Of course, you won’t listen here something new – but, hey, you don’t expect something new from AC/DC! You expect something straightforward, passionate, energetic and memorable, and you got it in “Power Up”. Switch the power on and you will live a singular rock n’ roll experience, thanks to AC/DC’s amazing work. I like every song so much, every composition is classy and proves that AC/DC is in great shape, having managed to surpass all the obstacles. Angus Young throws his killer riffs in your face, Brian Johnson tell his tales with his trademark voice, the rhythm section sounds tight and solid, everything is in place and AC/DC delivers the goods in an impressive way, winning the war against time, physical and psychological wear. So, if you want to enjoy the legendary rock n’ roll machine, don’t think it so much, just trust “Power Up” … it is a matter of time to be surprised and get excited with the new album’s electrifying hard rock tunes! AC/DC is back for good!