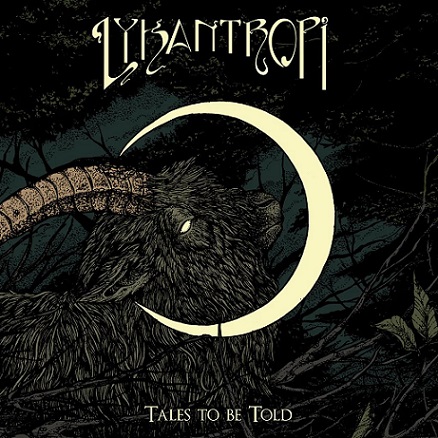 The best word to describe this album is: simplicity. And this Swedish band has achieved that. But first, let’s introduce the band for the people, who don’t know them, shall we? The band is Martin Östlund (vocals and guitar), My Shaolin (vocals), Ia Öberg (flute), Tomas Eriksson (bass), Elias Håkansson (guitar) and Ola Rui Nygard (drums). Their first two albums have been recently re-released in advance of this new one, so if you want to take the journey, it is waiting for you. “Mother Of Envy” captures that feeling perfectly and with My’s vocals, alongside Ia’s flute, you will fly in the sky for sure. You will hear a Jethro Tull influence here too. “Kom Ta Mig Ut” is the most beautiful song on the record. The song builds slowly and slightly ominously and the lyrics are sung alternately in English and Swedish and it’s the most distinctive Lykantropi song you will ever hear. It’s amazing how Swedish and English fit so well together. Martin and My’s vocals blend so well. Want to know the meaning? Then you better have a Swedish friend to help you out, because Google Translate sucks. Trust me. I know. “Välden Går Vidare” (it means The World Goes On, I asked a friend on this one) is a song apparently about life and everything in nature that wants to grow.  It’s another track that harks lovingly back to early Jethro Tull, with lots of flute to enjoy and a lovely slide guitar solo during the quieter middle section.  “Välden Går Vidare” is probably the most ‘prog’ offering on the album, and it’s a rather splendid way to conclude a rather splendid piece of work. This album was released this month (6th November) and will be a must have on your collection during this pandemic. Very much could be said and written, but it’s up to the fans and listeners to have the last words, specially their ears and opinions matter the most. This band is highly influenced by the 70s and by bands from that decade. If you miss Fleetwood Mac, Coven, Blue Öyster Cult and many more, this band will make you feel young again and feel the “Flower Power”.