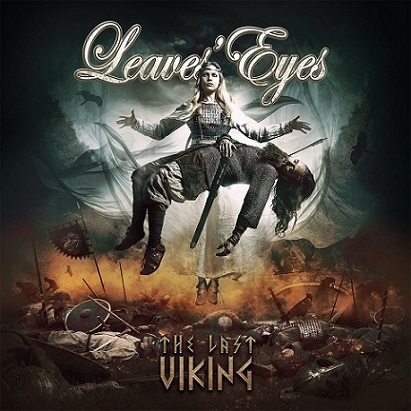 This symphonic metal band is well known for its forays into Viking culture and Norse mythology. The albums that have featured those themes, are 2005’s “Vinland Saga,” 2015’s “King of Kings,” and 2018’s “Sign of the Dragonhead.” Chronicling the life and final battle of Norway’s King Harald III, called Hardrada (“the hard ruler”), is sang once again in the most perfect way. History is alive for its lovers on this day (23rd October 2020) and AFM Records have done it again. This album is epic, monumental, awesome and more. Why is that? Because they told everythig in detail about this battle and what happened until then. The voice of Alex Krull and Elina Siirala match so incredibly well, that give chills and we can clear see on the track “Chain Of The Golden Horn”, and Thorsten Bauer and Micki Richter’s dual guitar attack and solos are simply stunning, melodic, and well-executed. Well-done! No Leaves’ Eyes album is complete without a war song, and “War Of Kings” is that song. Although it’s a complex song, with a vocal that has a life of its own, that emulates soldiers’ chants, and looming guitar work. There’s also a special guest on this record: Clémentine Delauney (Visions Of Atlantis). They blend so well. The flute creates the perfect atmosphere, like you are surrounded by a “Black Butterfly”. Fast riffs and drums are to die for in “Serpents And Dragons”. The choral arrangements are gorgeous in this song and let’s not forget “Dark Love Empress” that has the same arragements. Don’t believe it? Have a listen and try for yourself. No album about Vikings is complete without medieval instruments. Nyckelharpa, fiddle, flute and some other instruments you can hear on the folky “For Victory” and the Celtic jingle “Varangians”. Fine musicians played these instruments and may I say, they are not easy! “The Last Viking” will be a very good Christmas gift for you or for a metalhead you know. There is history, war, vocal parts, Vikings, growls, guitar lines and over the top solos, cinematic moments, hooky choruses and a rich sound. Fans of Epica, old Nightwish or late Xandria, go listen. You won’t be disappointed.