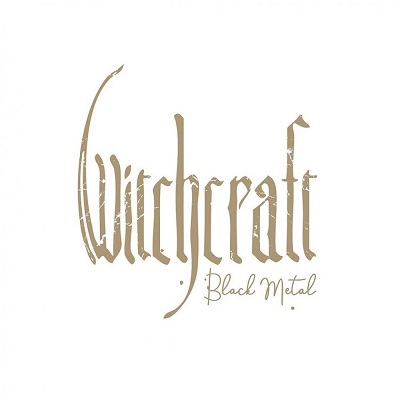 Witchcraft has been one of the most important occult/doom/vintage rock bands of the modern era. They have actually revived and “re-warmed” the whole vintage rock scene, before this whole movement became a trend, a music habit, or whatever that may be called by music fans. The person behind this was Magnus Pelander, an artist with special music talents by all means, but a controversial figure at the same time, due to his character and choices throughout his career, especially with Witchcraft. The band has been numerous line-up changes and every record provides a different perspective to the listener, however we could argue that the very first 3 records are quite similar, and the ones that followed, especially “Legend” re-established the band but with a different, more modern and progressive sound. “Nucleus” was an excellent record as well, a more doomy and heavy approach (even though it did not receive the success it deserved to my humble opinion). So, the fans highly anticipated the new album..

The band, more or less has always been a ‘solo’ effort. Each album had a different lineup, and that fact by itself only could tell a lot about the controversial nature of each work. By the sound of the record’s title, someone could expect a very different result than the actual one. Wait a second: I am not saying that it should be extreme metal or something like that. But, in any case, I was surprised when I listened all the songs. The first thought which came to my mind was: “Why did not Magnus release it under his name?”. I believe this is a reasonable thought, considering his solo EP (self-titled) and full length record (“Time”), in terms of the type of music presented there. Those two works are brilliant which I absolutely enjoy!

However, “Black Metal” is my least favorite Witchcraft album. Not because it differentiates so way much from the previous ones, but because it is a continuous monologue, an endlessly esoteric view of Magnus’ thoughts, feelings and despite his gifted voice, it is an absolute straight line from the beginning till the end. Don’t get me wrong, don’t be confused: I have absolutely nothing against the acoustic guitar. On the contrary, I love the warm and organic feeling, especially, as I said previously, with a charismatic and gifted voice. However, “Black Metal” has no dynamic, the neo-folk character of the tunes has not much of an interest, especially from an artist with such great songs on his resume. What is really difficult for me, is to differentiate between all tracks, to find the motive to sit, listen and enjoy each song with interest and joy, the joy that a music fan puts a record on the stereo and just get carried away by the power and beauty of the music. Something that Witchcraft have so much given us in the past. We are talking about a record which is between the artist and his guitar. There is not a dynamic relationship with the listener. Okay, the listener might relate to the lyrics (the songs “Free Country” and “Sad Dog” have some interesting verses and meanings), but, that’s it. There is a desperate, agonizing, worrying voice behind the microphone, expressing his own feelings, however the listener kinda feels disconnected from the whole concept. The focus relies mostly on Magnus’ voice, which makes the record ultimately minimalistic and simplistic.

That is for the listener to decide whether this works for or against the whole album. My perception is that, he can do much better than that, no question. On the other hand, just like his choice to name an album “Black Metal” on a total white cover with the classic Witchcraft logo and totally on the other side of the music it has, this particular artist likes the words ‘controversial’, ‘ambiguous’. Maybe he feels ‘musically sidelined’ and wanted to express that feeling with this album. I am not sure whether he will succeed on that or not.