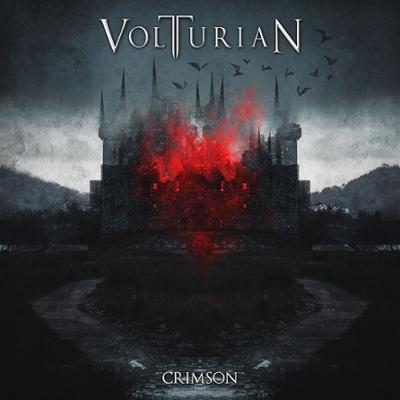 Volturian is the brainchild of Sleeping Romance singer, Federica Lanna, and Federico Mondelli, guitarist of Frozen Crown, and “Crimson” is their first album. There are two protagonists in Volturian – Lanna, with her sweet and mellow vocals, and Mondelli, with his ultra-heavy guitar riffs. Of course, the story doesn’t end here – Volturian has a nice approach, as far as composing is concerned. They aren’t afraid of being influenced by electro/pop or modern/alt rock, and that gives a freshness to the album’s songs. Besides, and the most important, Volturian are inspired and what derives from this inspiration is a collection of beautiful songs – just push play again and again and you won’t get bored. Be prepared for an album with a plethora of melodies and riffs, of fresh, wonderful music ideas. Volturian doesn’t reinvent its melodic metal genre, but they easily distinguish from other female fronted bands. “Crimson” ends with an interesting cover of Roxette’s “Fading like a Flower” – Volturian blossoms like a flower!