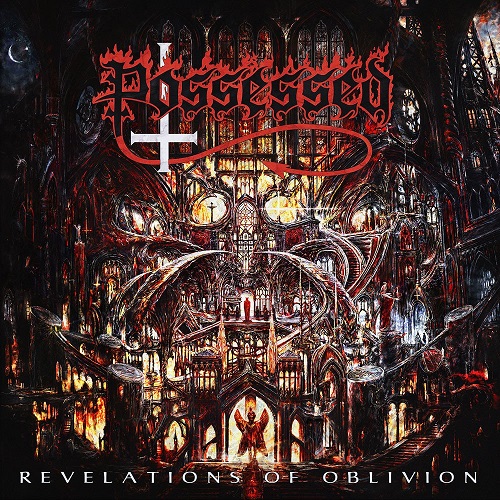 The history of certain bands is a lighthouse for many artists; their influence is so much deep-rooted and undeniable, being an algebraic axiom essentially, that makes further comments unnecessary. That exactly is the case with Possessed, whose history and contribution to what we call “death metal”, conversely analogous to their brief discographic activity, speaks itself, declaring the role that this band had in extreme music; a role that involved the creation of a whole new genre, when the unreachable paranoia of “Seven Churches” shocked the world in 1985. Parthenogenesis is a unique preserve that few bands in Heavy Metal Atlas claim. Hence, who am I to say something more on this?

Regarding the present, the announcement that Possessed would release a new album after 33 years, with Jeff Becerra being the only remaining original member, led to a naive but reasonable question: “What should we expect from Possessed in 2019?” Of course, the answer was nothing more than the respect towards the legacy of “Seven Churches” and “Beyond the Gates”. Indeed, Jeff showed no intention of deviating from the path he laid three decades ago and he still follows since 2007, when he reunited the band, performing live with various line-ups.

“Revelation of Oblivion”, released by Nuclear Blast in May 2019, feature –besides Becerra- Daniel Gonzalez and Claudeous Creamer on guitars (the former also contributed in songwriting), Robert Cardenas on bass and Emilio Marquez on drums; these are musicians who Becerra recruited gradually during the last 12 years.

The album sounds like the newest sibling of “Seven Churches”, showcasing dedicated work by all band members in every detail. Being raw and aggressive, it resembles the abyssal, primitive nature and technical expertise of the monumental debut. Most of the 10 songs feature up-tempo, traditional death riffing, but in certain patterns I figured out thrash roots lurking discreetly in the background (“The Eyes of Horror” EP came to my mind). Paces are extremely fast in the quadruple of “Dominion”, “Damned”, “Demon” and “Abandoned” (with the exception of the necessary breakdown parts), which constitute the absolute definition of a hellish environment that has broken its seal, meaning to leave no neck and head intact.

Lead solos that occur occasionally diversify the final outcome (Gonzalez’s contribution was crucial in this respect); well-crafted, structured and positioned properly within the songs, are in perfect balance with the overall aggressive attitude, revealing their composers’ musicianship. However, what really excels and stands out from the very first moment is the amazing performance behind the kit; Marquez has made an excellent work, “filling” the songs with his extremely fast and precise patterns, collaborating perfectly with and supporting the other band members. Indeed, sometimes drums become the protagonist of the band; that is attributable to Nuclear Blast’s production team, who made all instruments heard vividly, highlighting drums essentially and bringing them to the foreground.

High-speed is not the only aspect of “Revelations of Oblivion”; “Demon” offers an appealing interchange of different tempos and a crushing, slow pattern with killer, thunderous rhythmic riffs, being one of the highlights of the album. Moreover, “The Word” features several different themes, combining fast-paced death/thrash patterns with slower tempos and constituting the more complex and multifaceted composition of the album. As for “Omen”, its mid-paced and rather melodic and pompous patterns make a pleasant contrast with the rest of the album.

Needless to say, Becerra gives a dynamic, outstanding performance, with vocals that seem unaffected by the passing of time. I have the impression that only a few years passed since “Seven Churches” was released, and not three decades.

“Revelations of Oblivion” should concern all fans who long for classic, American death metal, and wish to hear how “Seven Churches” would sound under a clearer, and not blurry production. It makes no compromise, remaining faithful to the very essence of the legendary debut and rewarding our patience for new material all these years. Besides, what everybody expects from an iconic band is a strong, booming confirmation of the principles established long ago, and not unnecessary experimentations. “Revelations of Oblivion” serves exactly that purpose, reintroducing Possessed to the always demanding audience, being a beast free (at last) to gallop wildly.