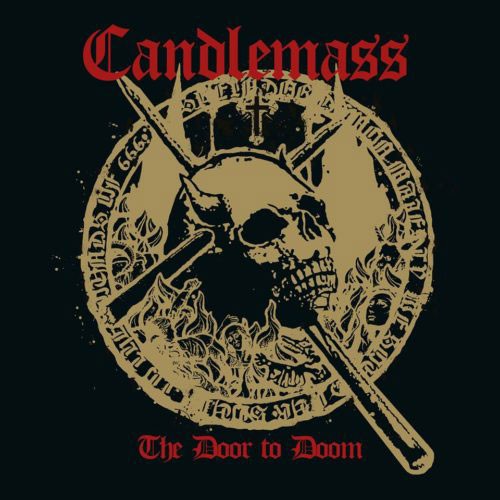 “The Door to Doom” is a really good record, but I have to admit that it is currently the most representative Candlemass record in regard to where the band stands at the moment, and each member individually. There is no need for the band to prove anything, even though it was announced a few years back that there will be no new Candlemass record, the fanbase raised expectations again, following the release of their latest EPs, with Mats Leven in vocals. Following the announcement that original vocalist Johan Längqvist would join the band, everybody smiled with joy and wondered how the new songs would sound. Of course, there is a major factor here: the general condition of the mastermind Leif “Leffe” Edling and his recent health issues. He may have not been able to play live, focus, write or record a lot of music the last period, however, this has also been a time for him to heal and try to be better both physically and mentally. This is another reunion of the band, but on different terms and on different dimensions.

This is a record which will probably disappoint fans who expect the same stuff like “Epicus, Doomicus, Metallicus”. Sorry guys, but this is not 1986, this is not the same era, this is a new time, environment, moment, whatever you may call it. First of all, Johan Längqvist does not sing the same as he used to, he does not have the same tension, of course he sounds more aged and older, however the songs on the record perfectly fit his vocal pattern, he delivers the work on his mature and experienced way, leaving no doubt on how he can perform these doomy tunes. Only the fact that he put his name, soul and all effort on the debut “boulder” of “Epicus, Doomicus, Metallicus” is enough to assign him a legendary designation. He really sings on an inspirational and passionate way, adding his personal flair in an emphatic way. And I must admit that there are a lot of moments on this record where he reminds me a bit of the Tony Martin Sabbath days, huge respect!

Personally speaking, I always considered “The King of the Grey islands” the greatest Candlemass album, following their reunion in 2005, and it would be unfair to compare that one with the “The Door To Doom”, simply because it is a different era, different singer, different material and different status of the band. On the current record, founding bass player and main songwriter Leffe has compiled a modern Candlemass set of songs, influenced by his time with both Krux (favorite band of mine) and Avatarium. Songs have of course a doomy and heavy burden, however there are keyboards in plenty of songs, more hard/vintage rock elements, acoustic ways to depict a mellower atmosphere (‘Bridge of the Blind’). This is a dark, heavy and riff-oriented record (what a surprise!). However, there needs to be a mention on the minimalistic, characteristic and determining sound of the drumming from Jan Lindh, who has always been a fundamental principle on the Candlemass, no matter the era, the records, the material or the line-up.

The whole band rises to the occasion and sounds reborn, rejuvenated, but not denying their roots, their identity, their primary source of inspiration: DOOM. And what better way to pay respect to each other rather than having the Father of all in heavy metal, Tony Iommi guesting on a song (“Astorolus – The Great Octopus”), something he has done on a very very very few occasions in his brilliant career… Couldn’t be better for Leif, couldn’t be better for Candlemass, definitely couldn’t be much better for all their fans. This is a historic moment. And this record gives you a lot of reasons to play this record on your stereo and enjoy the masters of Doom delivering the goods.