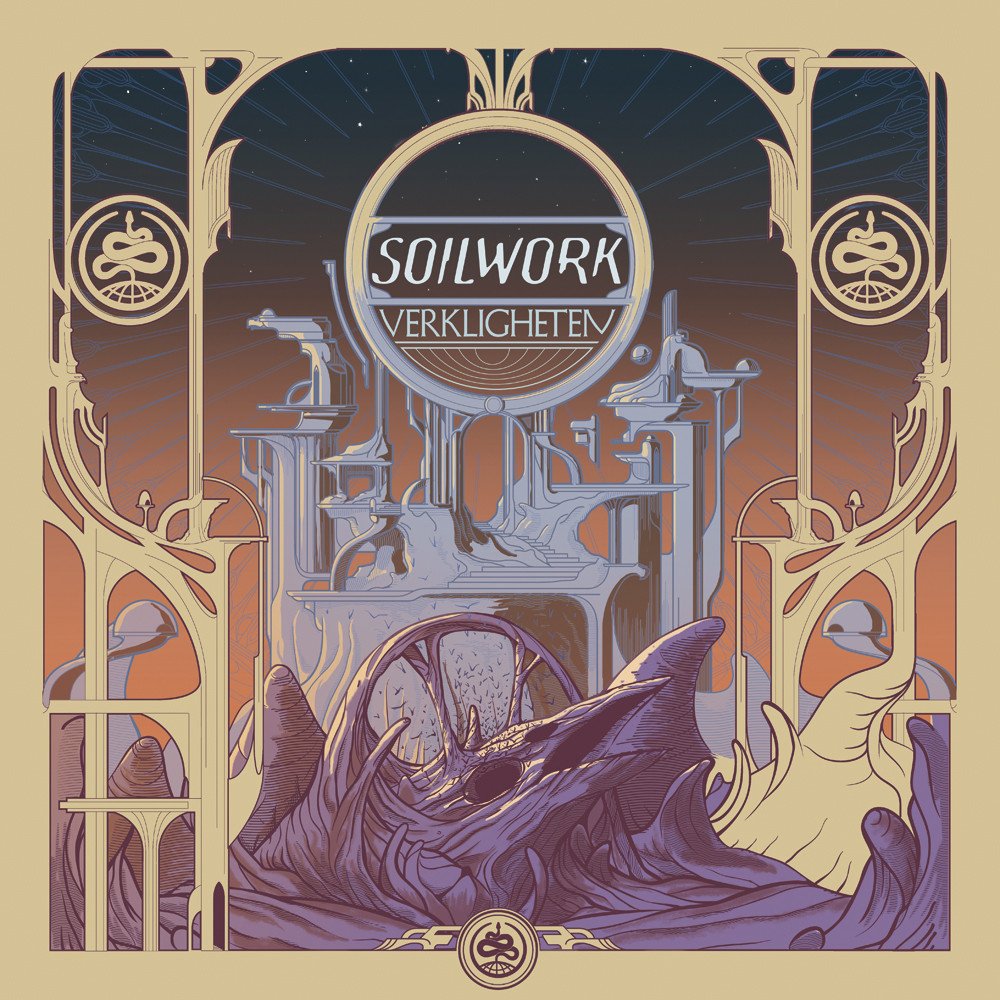 Being a Soilwork fan and appreciating all their discography, throughout various ups and downs, I have to admit that this band is stronger than never. The main driving force Björn Strid has managed to always balance line-up changes, shift on the music direction of each record and have the band on the forefront of the Swedish melodic death metal. This is an album which is about exactly this: the reality of the band, ‘Verkligheten’ in Swedish stands for ‘the reality’. So, no compromises, no illusions on this record, only a hugely enjoyable record from every aspect.

Soilwork has always been a pioneer band from the south of Sweden, where the melodic death metal flourished back in the mid – late 90s, however their journey was never a walk in the park. Trouble with past members, constant line-up changes and the struggle to make fine records has paid off, because they have released masterpieces (“The Chainheart Machine”, “A Predator’s Portrait” or “Stabbing the Drama”) which really stand out and have made the difference on this genre.

“Verkligheten” is a righteous ‘child’ of this legacy, a powerful album with catchy riffs and choruses, distinctive melodies and clean vocals which prove so much that Björn has really improved on this aspect (not to mention at this point his other band “TNFO”, where he has done an exceptional work!) over the years and sounds really awesome all the way! There is a new boy in town, Bastian Thusgaard, who really kicks his drumkit, leaving no doubts at all, following the departure of long-time band’s drummer Dirk Verbeuren. David Andersson and Sylvain Coudret on guitars sound fantastic and inspiring, riff after riff, and I really anticipate to see those 2 guys play live one day, soon I hope!

This is an album which has incorporated a lot of different influences on its core, however, I could argue that it is a record with a strong flair and essence deriving from the band’s golden years back in the early 00s. Everything you love on Soilwork is here. Especially the track “Stålfågel” really stands out as my favorite track of the record and is a statement, a statement establishing the band once again where it deserves to be: on the elite. Groovy, catchy, heavy, melodic, inspired. This is “Verkligheten”.
Don’t miss that one!