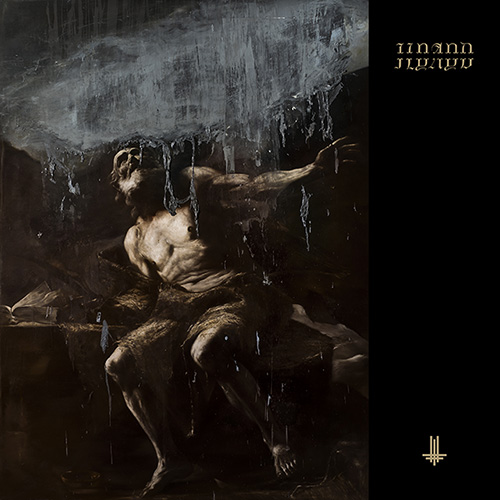 Four years ago, Behemoth reached the peak of their career with “The Satanist”, in terms of creativity and –needless to say- wide acceptance (that means: commerciality). This album had all we ask from this band: passion, aggression and –above all- ritualistic, blasphemous atmosphere, under the prism of a more blackened sound. Nergal’s composing ability reached a level that few dare even to approach, in a memorable album that remained a cornerstone in the band’s discography. “I Loved You At Your Darkest”, Behemoth’s 11th release, is unlucky enough, since –regardless its quality- it bears the burden of succeeding an unapproachable zenith.

From the very first listening sessions, it is evident that Nergal chose not to stray from the path that “The Satanist” followed. Hence, we cannot find new elements, relating to the term “evolution” in that album. Unluckily enough, the band offers a record that is rather simple, without the musicianship, ideas and personality of its predecessor, since some songs act as “easy-to-listen-hits”, while others are just mundane, leaving the audience totally indifferent.

Admittedly, Nergal remained on safe patterns, trying to replicate the huge success of the past; that is not necessarily bad. What is really awkward is that the structure of many compositions lacks cohesion, thus disorienting the audience. The most noteworthy indication of improper use of ideas is the incorporation of the rock element, with guitar solos in certain cases that act as a bridge, connecting more brutal patterns. Unfortunately, they do not work at all, being incompatible with the compositions and essentially revealing a somehow sloppy work. On the contrary, this recipe worked perfectly in “The Satanist” (see “Messe Noire”).

Interesting moments can be found in “Wolves ov Siberia” and “God=Dog”, where we come across the usual aggression of the band, with intense, classic behemothian riffs (although, I didn’t like the outro of the latter, where they used exactly the same children’s choir that we hear in the intro of the album). “Bartzabel” de-escalates the intensity with melodies and psalms in refrain parts, being a rather “easy” listening. On the other hand, “Angelvs XIII” features a sudden, up-tempo first part with traditional blast-beating, succeeded by acoustic guitars that lead to a more progressive pattern, with a lead solo.

Alas, most songs represent what we would call “filler”: “If Crucifixion Was Not Enough”, “Sabbath Mater”, “Rom 5:8” and “We Are The Next 1000 Years” offer nothing more than dullness, while I really wished that “Havohej Pantocrator” would end sooner (a 6-minute duration was too much for that particular song). Even after many listening sessions, I didn’t find any memorable moments, even in the most interesting songs, that would allow me to refer to in the future; that is certainly not good for a new album, indicting its short-term ability to withstand the pass of time.

Essentially, the only strong advantage of the album (and perhaps the only good reason for someone to hear it) is –once again- Nergal’s absolute vocal performance: furious and monstrous, it is as it should be, standing out easily in a rather mediocre work. It’s a pity that he betrays himself due to his naive compositions.

“I Loved You At Your Darkest”, despite its clear and polished production, gives the impression that was composed without much attention in combining brutality with dark atmosphere and more technical patterns. Without a doubt, it’s like an ambitious puzzle with some missing pieces, which prevent us from seeing the whole image. Uninspired, naive and disoriented, composed of scattered ideas which Nergal used like he was in an unjustified rush, it serves only hard collectors’ purposes, who wish just to fill their bookshelves with Behemoth’s whole discography.