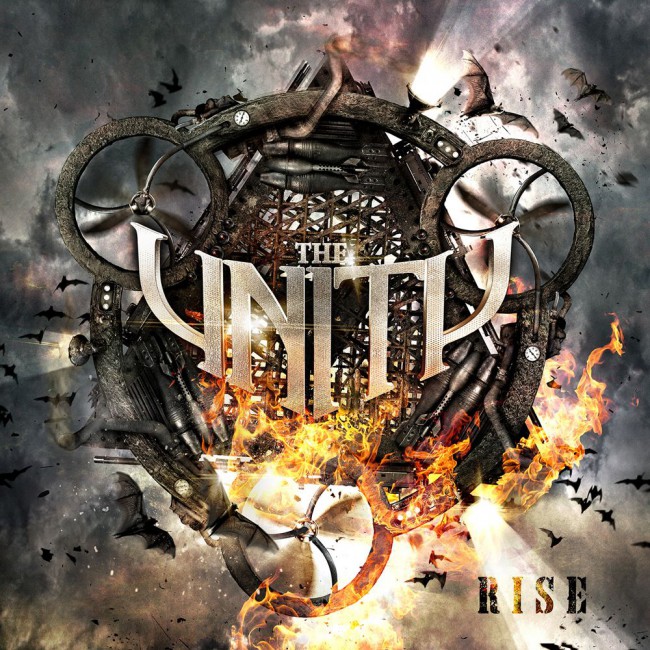 Steamhammer/SPV has just released the second album of The Unity, which, according to its members, is a proper band and not a side project of Henjo Richter and Michael Ehré. And the final product just proves that. Apart from Richter and Ehré, the German bands consists of past bandmates of Ehre in a group called Love.Might.Kill. For another time Richter shows us what a great musician and songwriter he is. Of course, everybody knows that from Richter’s fabulous work with Gamma Ray, but in The Unity, he seems to be freer to act away from the stereotypes of Gamma Ray. And he is not alone! All members of The Unity have got an active participation in the composing process and the songs are the final result of this collective inspiration. And as far as the performance is concerned, none is left behind – Michael Ehré has become an amazing drummer, Jan Manenti is a real apocalypse on the vocals, Stefan Ellerhorst stands proudly next to Richter on the guitars and Jogi Sweers (bass) and Sascha Onnen (keyboards) are significant players and have a key contribution in “Rise”. I am so excited with this new album by The Unity that I am going to listen (again and again!) to the band’s eponymous debut album. “Rise” sounds so beautiful and mature, it is an album by well-experienced and skilled musicians. It should also be mentioned that The Unity seem to have their own musical identity and have formed their own personal sound. Of course there are influences from the members’ favorite bands, but what the listener hears is something new, straight from the heart, inspired, melodic, rich of fresh riffs and solos. Just listen to songs like “You Got Me Wrong”, “The Storm” and “Better Day” and you will understand my sayings!