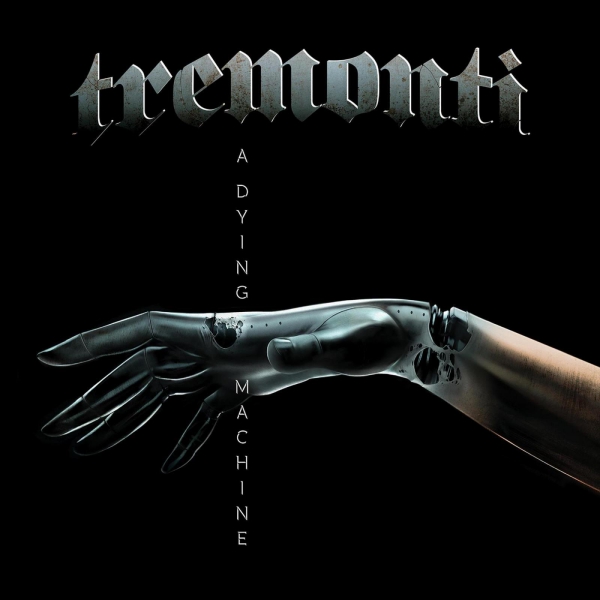 “A Dying Machine” is Tremonti’s fourth record, a concept one and this could not be more interesting, as this whole “concept” will also be accompanied with a novel written by both Mark Tremonti and American writer John Shirley, who, among other stuff, has previously written lyrics for the US rockers Blue Öyster Cult (for the album “Heaven Forbid”).

Apart from the fact that this is a concept record, it is full of fresh, new ideas on songwriting, full of massive and catchy riffs (classic Tremonti, don’t you think?), but also melodies that stuck in your mind and get you carried away with their melancholic and memorable tone. Listening to the songs for the first time (but also at a later point) you think that you are part of a great movie and that this is basically a soundtrack. The production is beyond criticism, all instruments sound quite organic and vivid, without any ‘plastic’ or ‘colorless’ feeling. This is a perfect example of how an artist has evolved throughout the years, taking his artistic side to new boundaries and territories, challenging his own status quo, but at the same time, preserving his own musical DNA (diversity of songs, even within the same song, lyricism and, all the characteristics that have made him stand out from the crowd and being the musician of that exceptional status, he is today). This is heavy metal at its best. Mark Tremonti incorporates all his influences on this record, from extreme heavy metal (for example, during the fast riffing/drumming on several occasions, or the evil atmosphere on some others) till hard rock, providing the ideal backdrop to unveil this beautiful record.

The fact that – production-wise – there are no surprises, is not considered a default, because Michael "Elvis" Baskette has helped Mark Tremonti establish his own sound, with Alter Bridge but also during all his solo albums, giving this personal and identifying touch on almost his entire discography. What is also exceptional about this band and personally for Mark Tremonti, is the tremendous amount of quality all over those four records. Something that is not an easy task of course on the one hand, but on the other, distinguishes so well this artist. What needs to be mentioned here also, is the fact that Tremonti has grown a lot as a performer and as a singer throughout the years, and this is a huge credit for him. This album is the perfect testimony of this improvement on how well he delivers each verse, each word and how this builds up to the general atmosphere and mood of this record.

“A Dying Machine” is a fantastic record, which is worth a few times to listen to it and enjoy its feeling and catchiness. I believe it is time to get Mark on tour, somewhere, sometime …