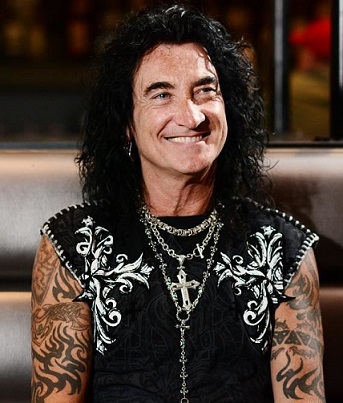 Robin Mcauley is coming with a new solo album in May, 2021. It will be titled "Standing on the Edge".

Robin McAuley's new solo album, "Standing On The Edge", showcases the desire of the respected Irish rock singer to make a strong musical statement in a period that was more creative than ever for him. After reemerging on the recording side of the music industry with guest spots on Michael Schenker Fest albums and fronting the hard rock supergroup Black Swan, McAuley is feeling invigorated and ready to explore even more creative output, letting the world see that his voice is as powerful as ever. "Standing On The Edge" will arrive on May 7 via Frontiers Music Srl. Fans can get their first taste of the album with the release of the single and video for the title track today. Watch the video below.

Of the album, Robin says: "It was hard not to draw reference from the dreaded pandemic we all found ourselves in, and still do, so I just spat out what I was feeling and 'Standing On The Edge' seemed an appropriate title to describe the current climate." He continues: "In contrast to that however, songs like 'Run Away' harken back to my childhood years, racing across the fields next to our house trying to beat the rain home. I'm still running all these years later!! Alessandro sent me this beautiful music and this lyric and melody came together quite quickly. It's very simple and childlike and I really like how this song turned out. 'Wanna Take A Ride', on the other hand, was just me desperate to get out of the house during lockdown and head to the beach. Top down, throttle wide open, and a stiff middle finger to COVID. I crank this SO LOUD in my car. Makes me smile!

"Perhaps this record is not everything I ever wanted to say or record in a solo effort, but it's how I felt at the time. I'm far from being done. Hope you like what you hear," concludes Robin.

McAuley is widely recognized as one of the great singers of a golden period in hard rock music. His voice can be heard on albums from Grand Prix and Far Corporation, and of course on the chart-topping MSG records "Perfect Timing", "Save Yourself" and "MSG". Through these releases, he was introduced to hard rock fans around the globe, who no doubt recognized the inherent talent and skill in his vocal abilities. Since departing MSG, he released one solo record in 1999, then joined AOR legends SURVIVOR, and then re-grouped with Schenker in Michael Schenker Fest on their recent records "Resurrection" and "Revelation". And, of course, in what was an absolute revelation to hard rock fans around the world, in 2020, he came out swingin' as the frontman of the supergroup Black Swan, where he joined forces with Reb Beach (Whitesnake, Winger), Jeff Pilson (Foreigner, ex-Dokken) and Matt Starr (Ace Frehley, Mr Big).

McAuley spent the latter half of 2020 working on a new solo record, one which truly encompasses all music styles he is known for — hard rock and melodic rock superbly performed as only he can do it. Envisioned, overseen, and creatively directed by Serafino Perugino, president and A&R director of Frontiers, with production (and co-writing) by Alessandro Del Vecchio, McAuley offers up a true gem of an album in "Standing On The Edge". Included are a splendid songwriting collaborations with his former Grand Prix bandmate Phil Lanzon (currently longtime Uriah Heep keyboardist) on "Like A Ghost", Howard Leese (of Bad Company, ex-Heart) on "Supposed To Do Now", and Tommy Denander on "Do You Remember" and "Chosen Few". 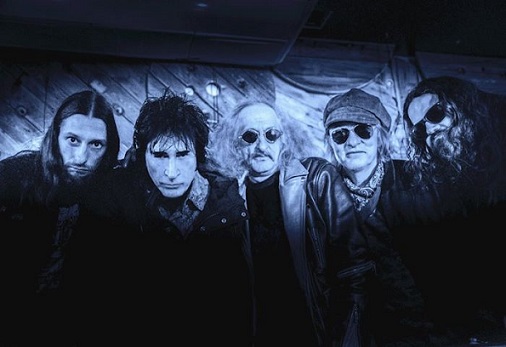 Fans of Pentagram, your attention please ... Pentagram's leader, Bobby Liebling, one of the first heavy metal pioneers, has a new project, with The Stooges and Testors members. It is The Limit and its debut album, "Caveman Logic", will be out through Svart Records!

Svart Records is proud to present The Limit. Punk & Doom originators go straight to the soul of heavy rock on their new album Caveman Logic to be released via Svart Records on the 9th of April 2021.

More than a super-group, The Limit goes over the edge, to deliver real-deal, soulful Rock and Roll. Consisting of members of legendary Punk instigators The Stooges, the founders of Doom Rock Pentagram, legendary NYC Punk originators Testors and infamous Portugese metal band Dawnrider, The Limit break out from the foundations of heavy rock and defy all expectations, to show a new generation what doom and punk really means. On the new album Caveman Logic, Bobby Liebling, singer and main-man of Pentagram, one of the originators of early Doom Rock and an inspiration for generations of Heavy Rock fans, on vocals, gives the performance of his career, singing like his life depended on it. Sonny Vincent, enigmatic legend of the early NYC Max’s Kansas City, CBGB Punk scene with his band Testors, having been on the road and recording with members of The Velvet Underground, lays down the guitar driven songs, his writing bearing all the hallmarks of ground-breaking Rock history in it’s filthy DNA. Phenomenal bass playing from Jimmy Recca, ex- The Stooges, and Ron Asheton’s New Order, gives The Limit the intense and world-class, speaker-destroying bottom end. Joined by Hugo Conim on Guitar and João Pedro Ventura on Drums from Portuguese band Dawnrider, The Limit fuses star-dust pedigree with an organic incendiary chemistry that’s instantly raw and real. A dream come true to those that know their Doom/Punk history, The Limit brings the past right up to date on Caveman Logic, with an essential, burning passion at the heart of their songs. Seldom has a collaboration of well known stars in music sounded so vigorous and frenzied as The Limit’s caveman-like roar.

The Limit is an astoundingly fresh and hot-blooded shot to the veins that Heavy Rock needs in this day and age. Conjured forth by stone-age pioneers, Caveman Logic goes to the heart of impassioned Heavy Rock and Punk, to deliver the basic and vital elements often missing in so much of today’s music. If you want primitive and straight to the soul primal rock, fresh from the grave and exhumed for a new unwitting future, look no further than Caveman Logic. This is it. This is as far as it goes. The Limit! 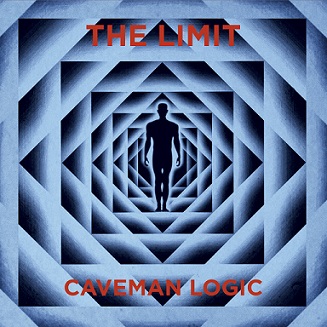 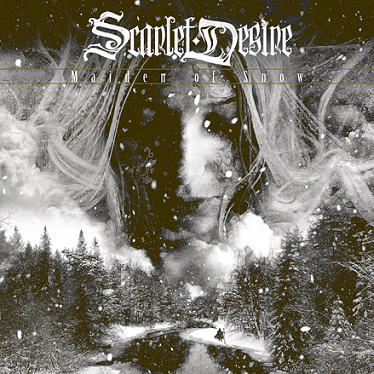 Scarlet Desire' s music is dark, romantic gothic metal with symphonic elements like symphonic orchestration and powerful female opera vocals. The female vocalist Danae Komodromou has a classical background and she is an educated soprano. Her vocals are very powerful and she has a very big vocal range (3 and half octaves) and she can also sing extremely high notes and different styles when needed. The result is very classical-sounding powerful symphonic metal with a dark and unique sound. The song was originally recorded a long time ago, but was changed, produced and enhanced along the way to be what it is now. Oliver Palotai, keyboardist from Kamelot, brought beautiful orchestrations to the song and Heikki Pöyhiä from Finland did some growl vocals as well. Mixing and mastering was done by Jacob Hansen, who has been recording, mixing and mastering some of the best metal bands out there like Amaranthe, Delain, Volbeat and Kamelot for example. He really understood our sound and made the song sound big and powerful. 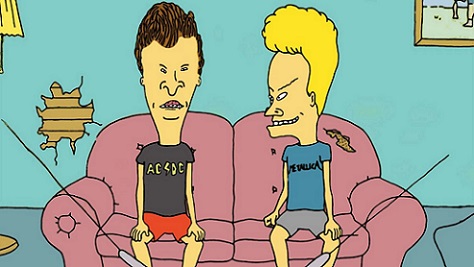 Do you remember "Beavis and Butt-Head"? The MTV cartoon series with the two nasally laughing teenagers, who were loving hard rock/heavy metal? Well, they are back!

Mike Judge is set to write, produce and provide voice over for both iconic characters.