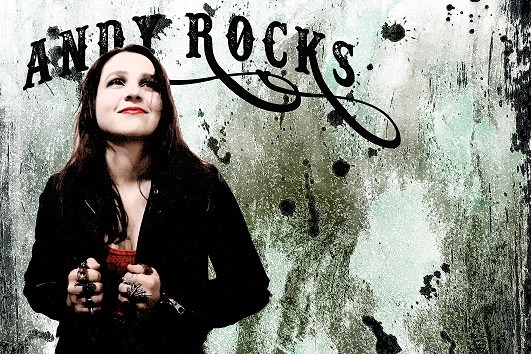 Melodic, maybe a little vintage here and there, straightforward and a bit dirty, but all in all good old rock music - that could be a rough description of the music of Andy Rocks. They already released one EP titled “Porcelain Heart”, one single titled “Digital Detox” and now they prepared their full length-album titled “Look at What we've Done”. The album will be released soon with 10 songs and the homonymous song.

Right here below you can enjoy the Andy Rocks new single! 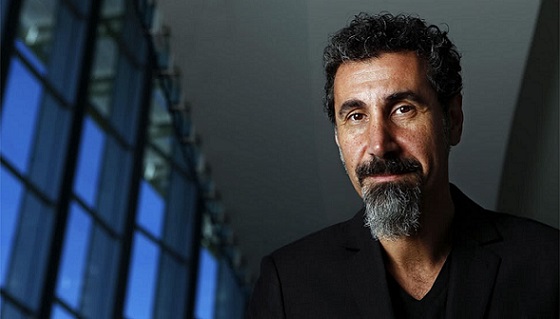 A new solo collection of rock songs will be released by Serj Tankian, the frontman of System of a Down. It will be an EP called "Elasticity" and it will include five songs. The street date is the 19th of March, 2021. The tracklist of the EP will be: "Elasticity", "Your Mom", "How Many Times", "Rumi" and "Electric Yerevan". The official music video for the EP's title track was directed by Vlad Kaptur and arrived yesterday.

"Elasticity" will arrive four months after the release of "Protect The Land" and "Genocidal Humanoidz", System of a Down's first new songs in 15 years, which landed at positions No. 1 and No. 2, respectively, on Billboard's Hot Hard Rock Songs chart.

Tankian said in a Rolling Stone interview: "Elasticity', the songs on that EP were written many years back. When I wrote them, the original concept, for me, was, 'What rock songs can come out of me right now that I can possibly work with System on?' So the intention was, actually, to sit down, and I've played them for the [other] guys [in System], and we even kind of messed around with some of 'em, and whatnot. And, obviously, we were unable to see eye-to-eye on continuing the future recordings of System, except for, obviously, these two songs for the cause that we've done, and that was before — obviously, a couple of years before. So these songs, I decided to finish them myself and release them. And they are really interesting and beautiful songs — going from really heavy type of System-esque type of music to really beautiful, ballady — including pianos and string arrangements and stuff like that. So, it's quite diverse for just five songs. And thematically, it's quite diverse as well — a song about terrorism; a song about protests in Armenia years ago; a song about my son Rumi, kind of also cut with the poet Rumi, in a way — it's an homage to the poet Rumi and his namesake, basically, in a way. And a few other pieces. So it's kind of all around the place, as everything I do is". 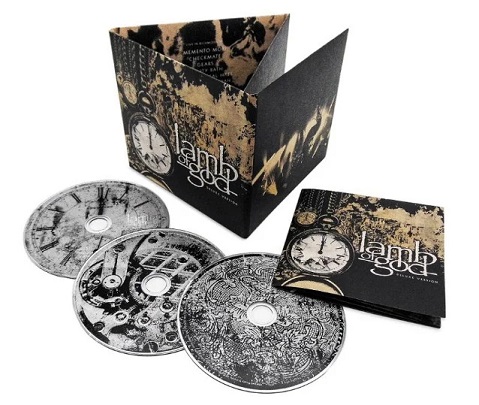 Lamb of God fans will get excited! The news is amazing for them, since the band will issue a three-disc deluxe edition of last year's critically acclaimed album ("Lamb of God"). This deluxe version will include the whole album plus two new songs, a live version of the album and a DVD performance of the specific album. It will be released through Epic Records.

Guitarist Willie Adler said: "This album, and in particular this deluxe edition, is something I'm incredibly proud of. Throughout the process of writing, recording and the subsequent filming of the live stream, I knew we were creating much more than a collection of songs. Much more than a simple streamed performance. This was focused energy. Energy that, to me, is very tangible. And now, more than ever, in an era where human interaction is so limited, art.... be it music, visual or otherwise, is a human connection point. And we need as much of that as possible! I hope everyone enjoys this deluxe edition as much as we enjoyed creating it. Thank you". 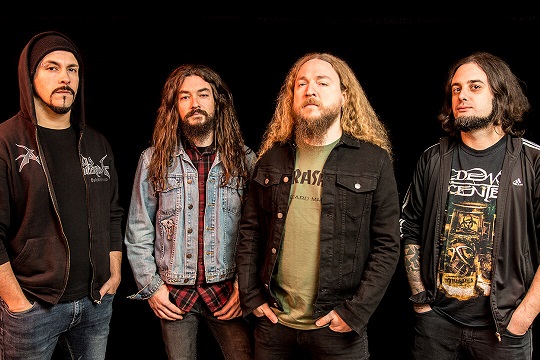 Spain’s leading thrash metal band Angelus Apatrida released yesterday their 7th, self-titled album today worldwide via Century Media Records. The band comments about the album as follows: “This new album is the culmination of one year working nonstop during a global pandemic. We’ve been able to get all the bad feelings and emotions lived during 2020 and transform them into something good with positive attitude; no doubt this is the best bunch of songs that we’ve ever created, full of creativity and incredible sound and production, back to the roots. If you’re with us for a long time, we’re pretty sure you’re gonna enjoy this like the first time, and if you’re new in the office, this is the best card invitation for your first contact. It’s pure power and raw energy, the most aggressive, angry and violent songs together in one straight-to-your-face album. This is hostile music for hostile times. Watch out your neck and enjoy the double AA!”.

In order to further support the street date, the band has released a new visualizer video for the track “We Stand Alone”. Angelus Apatrida added the following comment about “We Stand Alone”: “The art of speed metal together with groove and strength! Catchy but ferocious, “We Stand Alone” sends a message of unity, of taking care of your close family and friends and stand for them. No doubt it’s gonna be a great anthem on tour singing out loud with one fist in the air and a cold beer (or soda) in the other hand! The video is a cool visualizer made by Josep Caballero from RCV Visual Studio using the piece of art that Gyula Havancsák created as the cover of the album. It’s been a pleasure working with these two great artists…hope you enjoy it!”.

“Angelus Apatrida” ("/ˈan-je-lus - a-ˈpa-tri-da/") was produced by the band, recorded with Juanan López in September/October at Baboon Records, in Albacete, Spain and then mixed and mastered by Zeuss (Rob Zombie, Overkill, Hatebreed, Municipal Waste, Shadows Fall) at Planet-Z in Wilbraham, MA, USA. The album features 10 songs, sounding more determined, versatile and ferocious than ever before, on the verge of the group’s 20th anniversary of existence.

“Angelus Apatrida” once again comes with artwork by Gyula Havancsák (Annihilator, Destruction, Stratovarius) and is available as limited CD Jewelcase in O-Card or as 180g. vinyl LP with the album on CD as bonus, on either black vinyl or in limited edition coloured runs (Creamy White vinyl: 100x copies from CM Webshop, Yellow vinyl: 200x copies from CM Distro and Red vinyl: 300x copies for Spain). And here is the album’s tracklisting: