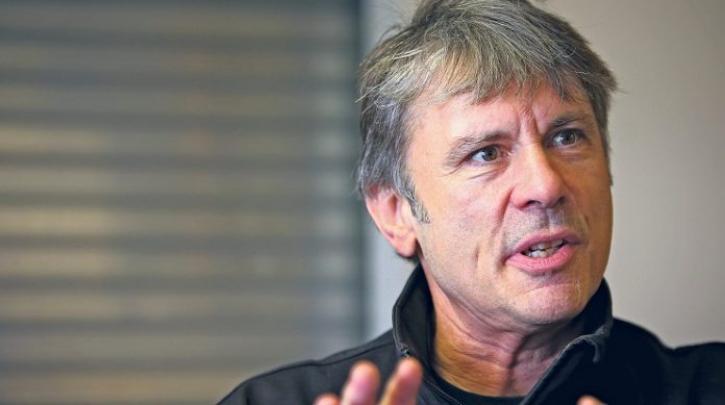 Ian Gillan, the legendary Deep Purple singer, was picked by Bruce Dickinson of Iron Maiden as his one and only Rock God!

Dickinson spoke to BBC's "The Rock Show With Johnnie Walker" during the "Rock God" segment. When asked who his Rock God is, Dickinson answered Ian Gillan and explained: "So there I was as a young spotty teenager — just a teenager, I should hasten to add — and there was this noise coming through somebody's door. And I opened it, and I [went], 'What on earth is that?' And it was 'Speed King' by Deep Purple off 'Deep Purple In Rock'. And that was what got me started. Having said all that, I met Ian Gillan. Not only did I meet him, I actually went on tour with him when I was in a band called Samson. I'm in a studio. We've done an album in Ian Gillan's studio. We've all been at the pub and had a few pints. In walks my god Ian Gillan and goes, 'Hey, what a great vocalist. Who's the singer?' At that moment, I felt the sudden urge to vomit. I ran out of the room, puked up for about 45 minutes in the toilet when in comes my idol, kicks the door and goes, 'C'mon, mate. Out you come. Let's get you wiped down with a towel.' He put me in a taxi and sent me home. I've never forgotten that, and he's never let me forget it either".

In the past Bruce Dickinson had cited Ian Gillan, Arthur Brown, Ian Anderson of Jethro Tull and Peter Hammill of Van Der Graaf Generator as his biggest influences.