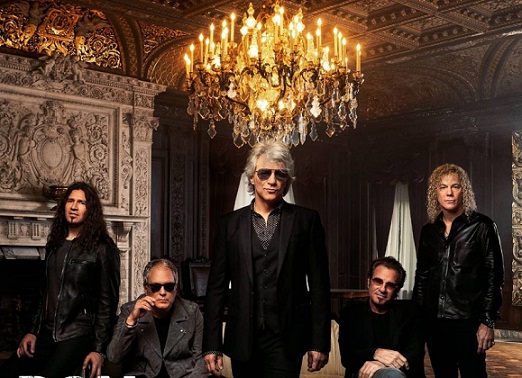 Bon Jovi has released a new single/video ("Story of Love") from its latest album, "2020". The video can be seen below.

Originally set for release in May 2020, "2020" was a completed album with a breadth and depth of songwriting, titled for a challenging and pivotal election year. Along with all of America, Jon Bon Jovi found himself unexpectedly experiencing a world-altering coronavirus pandemic, followed quickly by the staggering events of George Floyd's death and the ensuing national movement for racial equality. He knew there was even more to say about 2020. Writing from a home studio, two new songs were born: "American Reckoning" and "Do What You Can" encompass these events and made the album a complete body of work.

Jon Bon Jovi delves into socially conscious matters such as soldiers dealing with post-traumatic stress disorder ("Unbroken", featured in the documentary "To Be Of Service"), gun violence ("Lower The Flag"), our shared social experience ("Let It Rain", "Brothers In Arms") and the political climate ("Blood In The Water").

The album — which follows the band's 2016 No. 1 release, "This House is Not For Sale" — also finds the group coming out of the other side of a period of great change.

"The Story Of Love" touches on the theme of parenthood, opening with the lines "Fathers love daughters like mother love sons." That touching lyric was inspired by Jon's own family. "I sat down to write a song for my children," he said. The song takes a journey through the circle of life, where suddenly the child becomes the parents and the parents are getting older. "I realized I was writing it about my entire family, my children, my wife and my parents," Jon said.