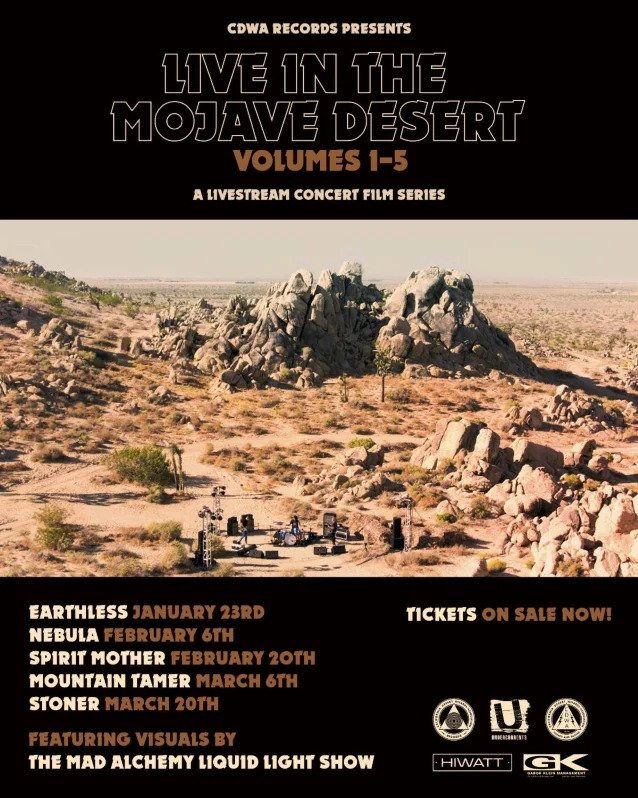 Inspired by Pink Floyd's "Live At Pompeii 1972" concert documentary film, the series will consist of five concert streams featuring five albums from five bands as well as including visuals by Mad Alchemy Liquid Light Show filmed and recorded from the natural amphitheater of California's Mojave Desert. Each event will last two hours which will include an hour-long "Couchlock And Rock" session featuring a chat hosted by the California Desert Wizards alongside special guests including bandmembers and icons from the California Desert rock scene — think if MTV in the '80s was run by heshers and stoners. The second hour will feature the 1080p HD livestream concert film experience.