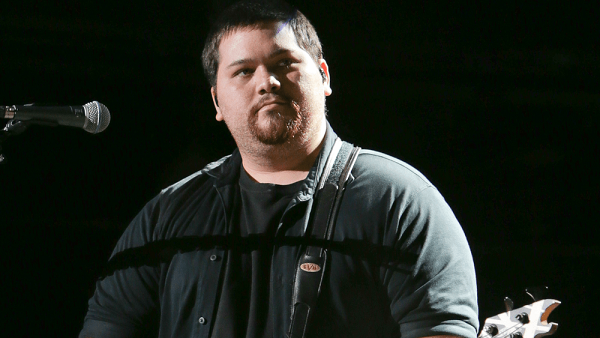 Eddie Van Halen' s son, Wolfgang, has topped Billboard's Hot Hard Rock Songs chart with the song "Distance" of his solo band Mammoth WVH. The track also entered the Hot Rock & Alternative Songs chart at No. 9 and at Nos. 1 and 2 on the Hard Rock Digital Song Sales and Rock Digital Song Sales charts, respectively. "Distance" had 826,000 U.S. streams and had 13,000 downloads sold in the week ending November 19, according to Nielsen Music/MRC Data.

Wolfgang Van Halen told Billboard: "I am beyond humbled by the response to 'Distance'. I can't believe that it's appearing on all of these charts so soon after release. The fact that so many have embraced the song and video shows how much we have in common in the love and respect we have for my father. I just wish he was here to see it. Thank you so much to everyone who's listening and also to my whole team who has worked so hard to make this a reality."

Wolfgang had been preparing to release music from his solo band for some time. That plan was altered when his father Eddie Van Halen called him and told him his cancer had returned. Wolfgang decided to put everything on hold to be with his father through his battle. During that time, Wolfgang was writing material for his upcoming solo album, for which the first single "Distance" would be born.