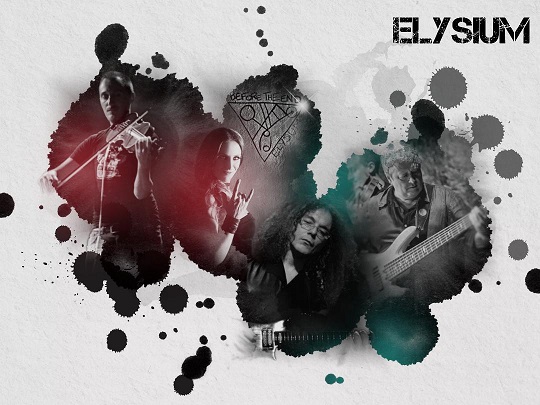 A renewed symphonic and classical attitude, but with a prog and rock oriented touch in the arrangements and sounds: this is how the Italian band Elysium reappears in 2020! But the most important news for the band and for its sound is the arrival of the guitarist Giacomo Anselmi from Goblin Rebirth, considered one of the best Italian guitarists, who is giving a turning point to the group's compositions, inserting a renewed Rock and Prog energy.
The new CD will be characterized by melancholy dark-gothic sounds, enriched by at times prog and at times orchestral keyboards that aim to make the band's sound more original than the classic Gothic vein, thanks also to the Pop vein always present in their songs and the particular attention to the arrangements also enriched by folk moments.
"We are preparing the third cd which will once again be a concept album. We will talk about the evolution of the human being and the theories that gravitate around this concept, from the best known to the most modern and less known, looking for food for thought on the various topics that arise when dealing with a topic like this and that concern us much more closely than one might think - the band reveals - and this time it will not be just a concept expressed in words but also in music, something that is very close in terms of sound to Pink Floyd, Banco del Mutuo Soccorso, Genesis and Yes, but in terms of structure and musical influences above all to Porcupine Tree, Ayreon, Fates Warning and Dream Theater. In short, there will always be ghotic and folk, but with a more prog and dark sound in the atmospheres and arrangements. "
The band expects the release of the new concept album between the end of 2020 and the beginning of 2021.