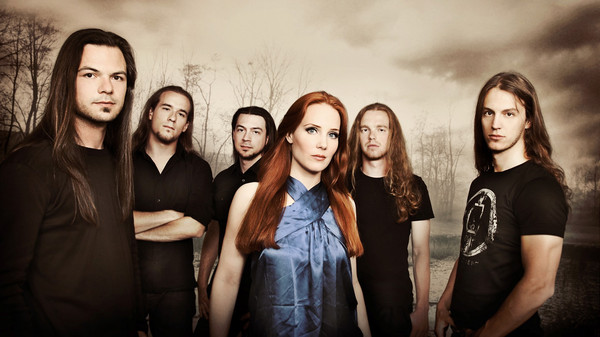 Epica is on the recording mode, as the band is recording its new album. Most recordings took place at Sandlane Recording Facilities in Rijen, Netherlands. Yesterday Epica's frontwoman, Simone Simmons posted on Twitter that she finished the vocal recordings for the new album.

Epica's guitarist/vocalist Mark Jansen told in a recent interview, that the release of the band's new album could be affected by the novel coronavirus pandemic. He said: "We still have to see what's gonna happen. I have the feeling that Nuclear Blast is anyway putting a lot of releases already later, so there's a big chance it will affect the release date of the album, unfortunately, yes… I leave that up to our manager to talk to Nuclear Blast and see what the possibilities are. I have no idea. I hope that if there's a delay, the delay will be as small as possible. But it depends also on how long this corona situation is gonna take. If this goes on for months and months, then it will not make sense to release an album in September if by then it's still not solved. Of course, health is the most important thing in life. So, we will see how it will develop, and then we will make a decision also based on that".

And he continued, referring to the new album's musical direction: "Some fans asked me the same question, so I had already some time to think about it. And if I would have to say in what direction, I would say it's like in between 'Design Your Universe' [2009] and 'The Quantum Enigma' [2014] — that kind of direction. Of course, we always try also to integrate some new stuff, and we try to aim for some really catchy choruses. When you have 'Beyond The Matrix' and 'Cry For The Moon', people really love to hear these songs on festivals, for example, so we tried to write a bit in that direction but also without losing the heaviness".