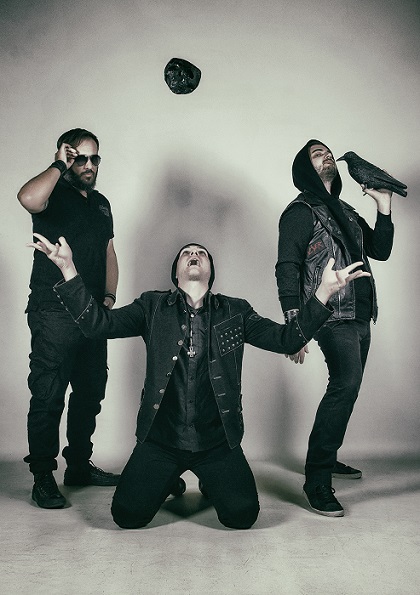 Greek progressive/psychedelic black metal band Hail Spirit Noir has revealed some information about its upcoming album. The title of the band's fourth album is "Eden in Reverse" and is set to be out on June 19th via Agonia Records. "Eden in Reverse" was recorded at Lunatech Studios, produced and mixed by Dimitris Douvras (Rotting Christ) and mastered by Alan Douches (Nile, Aborted, Sepultura), and it features a guest appearance from Lars Nedland (Borknagar).

The band stated: "This is the album we've spent the most time on. We started off doing some experiments without any idea where they could lead to. After the first 3-4 tracks, we realized we were onto something new for the band. We were no longer in the 60s-70s zone but more in the 70s-80s. The songs sounded retro-futuristic and surreal but they were also more prog, psychedelic and challenging than ever. In the lyrics, we re-wrote the story of Eden from a surreal, Richard Dawkins-esque, Darwinian point of view. The result was Eden In Reverse".