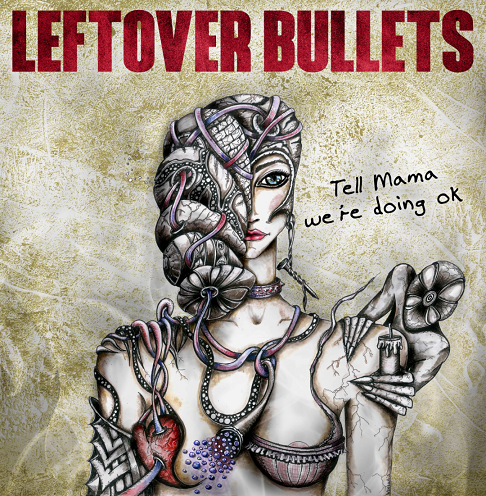 Greek hard rock band Leftover Bullets has revealed some details about its new album. Right below you can read the official press release:

“Leftover Bullets release the cover and track list of their new album "Tell Mama We’re Doing OK" and announce an official release date on April 27th under the seal of Soldout Music Records. The cover is for the second time signed by artist ViktoЯia with a 100% handmade Daza (the heroine of the LB cover art) and the digital editing of the album by Nikos Kitsos. As the band states, these are 9 songs loaded with hard rock emotion that emerged after an intense odyssey period that lasted from the beginning of the compositions until the end of the recordings. The album will be released in digital and physical form right from the beginning - CD & LP (vinyl will include the album on CD) (*arrival of vinyl will be delayed due to worldwide conditions). In the near future all the contributors of "Tell Mama We’re Doing OK" will be announced as well as pre-order information for the album”.