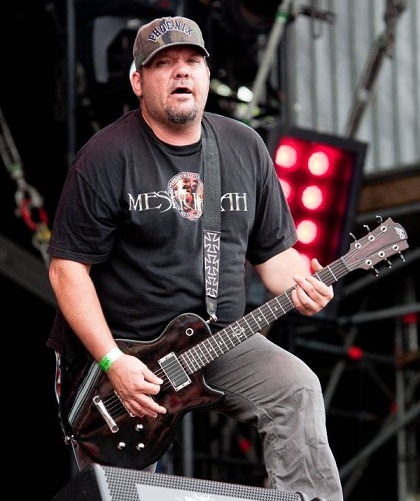 The death of Rainey, who was a founding member of Sacred Reich, was confirmed by his wife Renee Novak, who wrote on Facebook: "My husband Jason Rainey passed away a hour ago. Most likely a heat [sic] attack. They worked on him for a half hour but they couldn't save him".

Also Sacred Reich posted the following on its official Facebook page: "It is with deep sadness and broken hearts that we must announce that our friend, guitarist and founding member of Sacred Reich, Jason Rainey has passed away. Jason started the band after only playing guitar for six months. With sheer determination and will, he lead us through the early years of the band. He worked tirelessly. Sacred Reich was his life. In recent years he faced some serious medical issues. He ultimately succembed to a heart attack on Monday, March 16. He was 53 years old. Jason, we wish you peace and love. Jason Wesley Rainey February 14, 1967 - March 16, 2020".