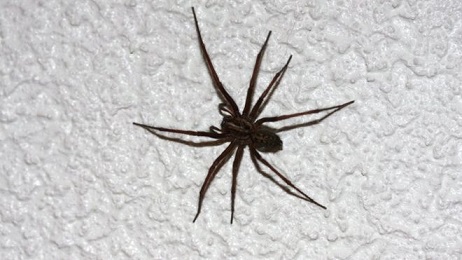 If a heavy metal fan was a biologist, who had found new species, wouldn't he/she name the new species after heavy metal musicians? Obviously yes! This conditional sentence isn't conditional at all! Because a researcher at Sao Paulo'a biological research center Instituto Butantan, Cristina Rheims, who listens to heavy metal music, named four new spider species after members of Iron Maiden, Scorpions, Def Leppard and Angra! The names of these new spiders are: Extraordinarius bruceickinsoni, Extraordinarius klausmeinei, Extraordinarius rickalleni and Extraordinarius andrematosi, and as you can understand, these names correspond to the names of Bruce Dickinson (Iron Maiden), Klaus Meine (Scorpions), Rick Allen (Def Leppard) and André Matos (Angra)! Researcher Rheims, who has named more than 200 new spider species until now, says: "This is the kind of music I like and I usually listen to. I've always wanted to honor Rick Allen because I think he's an example. You have a drummer that loses an arm, and he continues his career and he learns how to play with only one arm. So he's one of the Extraordinarius as well". When Allen learned the news, he responded: "I am honored! Thank you, Cristina Rheims! You rock!". The new spider species are between one and two centimeters long, nocturnal and pose no danger to humans.