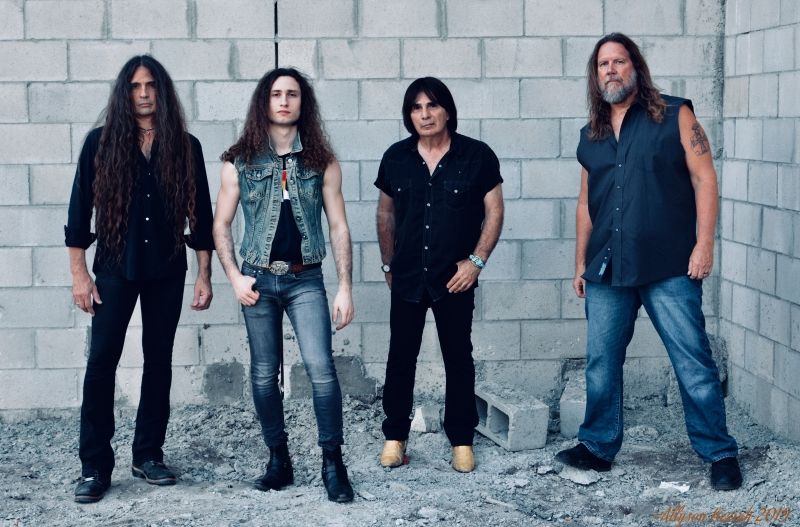 US Power Metal act JACK STARR'S BURNING STARR started works on new studio album, entitled "Souls Of The Innocent". The band once again teamed up with sound engineer Kevin Burnes and producer Bart Gabriel, with whom they did the last two studio albums, "Stand Your Ground" and "Land Of The Dead". "Souls Of The Innocent" will be released by High Roller Records, and will be the first one with new singer, Alex Panza.

"We the members of BURNING STARR are very pleased to have Alex Panza join us as our new lead singer" says Jack Starr. "For those who have been following our band and my solo albums through the years, you will know that we have had some great singers in the past like Rhett Forester, Mike Tirelli, and most recently Todd Micheal Hall, and now we are proud to welcome Alex Panza, and we are sure that his voice and his singing style will be very much appreciated by our fans" he adds.
BURNING STARR is an American Power Metal band formed in 1985 by the VIRGIN STEELE co-founder and guitar wizard Jack Starr. After doing 4 classic albums in the '80s: "Rock The American Way" (1985) "No Turning Back!" (1986), "Blaze Of Glory" (1987) and "Jack Starr's Burning Starr" (same titled, so called "orange album" from 1989), the band returned with a new line up feat. Jack Starr (guitar), Ned Meloni (bass guitar, ex JOE LYNN TURNER band), Kenny Rhino Earl (drums, ex MANOWAR) and Todd Michael Hall (vocals, now in RIOT V).