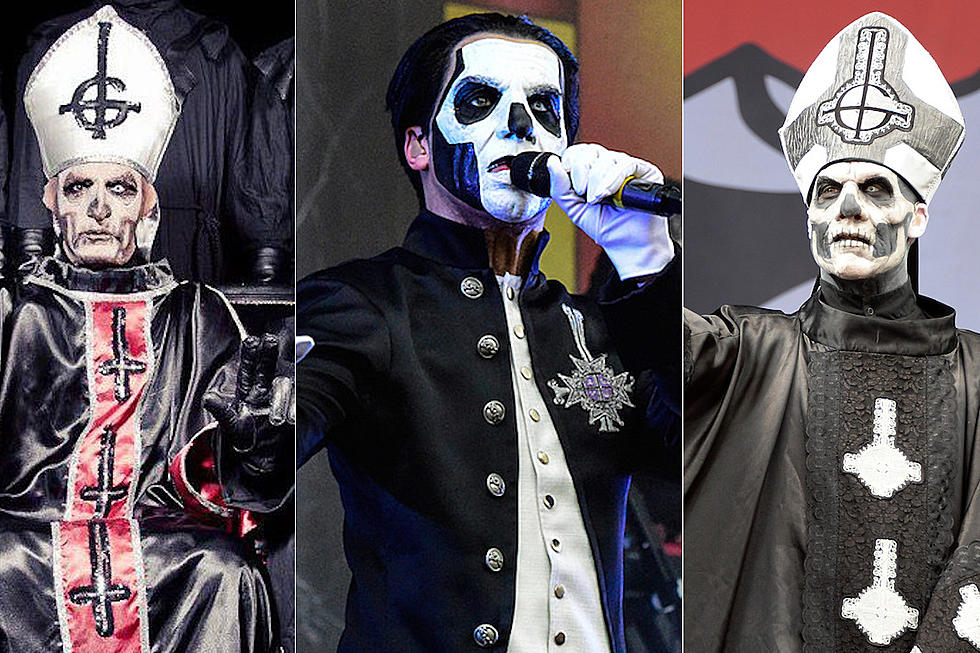 As all Ghost fans know, the leader and frontman of Ghost, Tobias Forge, was sued last year by some of his former bandmates and in the lawsuit, he was accused of cheating them out of their rightful share of the profits from the band's album releases and world tours. So, Forge, who used to obscure his identity behind the character "Papa Emeritus" and now "Cardinal Copia", was outed due to the legal proceedings. But which are his feelings concerning this lawsuit and how did this lawsuit affected the making of Ghost's upcoming album, "Prequelle"?

Forge said, in a Blabbermouth interview: "I haven't felt very anonymous for many years. I don't feel very bummed by that. I can feel bummed about the reasons why it was revealed. But, it didn't do much harm. I don't feel, in any way, like a loser here and it didn't seem to do a lot of harm. No, especially with a little bit of hindsight and couth. It's fine. I feel good. It's going well. I'm out here working. I made a record. You know, it's always alarming, obviously, when you have people, and some of them used to be close to you, working diligently to destroy your life. That's always a bummer. That sucks. Sometimes that happens in all parts of the world: at workplaces, in schools, in families, in relationships and friendships. There's nothing new about it; it's perfectly natural. It's a sad avenue to ride down on, but it's a part of life and it's fine".

And when asked about how difficult was to compose and record the new Ghost album, after this lawsuit, he answered: "It wasn't that hard to write because there was a lot of other things that were also off my plate. So, in a way, I felt together with Tom Dalgety, I think we were both very determined — this might sound crazy — not to phone this shit in. I think we both felt the urgency. Going into it, we already knew that we had a ton of material to work with. So, we knew we had this song, that song, that song and that's going to be great, then we have that song — yes! But, still, 'Let's really put time into making sure that this record is everything it can be,' because we didn't want to mention it every day, but, of course, at the end of some days, it was 'My life is depending on this record. This is a moment of truth.' I think also for him as a producer and a close friend of mine, he also felt very connected to that, that it's like, 'If we pull this off, we're definitely doing it against the will of a certain bunch of people who really want nothing but for us to fail.' That alone was actually quite a good motivator rather than a negative. But that depends on how you're wired. I always strived to have an easy life. But, I've never really achieved that because of how I am wired and how I do things and I'm come to accept now that I seem to be working better under pressure. I don't follow apart easily, I don't give in easily and I'm way more competitive than I ever thought I would admit. So, people trying to fuck me over is just going to make me worse. They proved that, so thanks! Thank you, guys!".