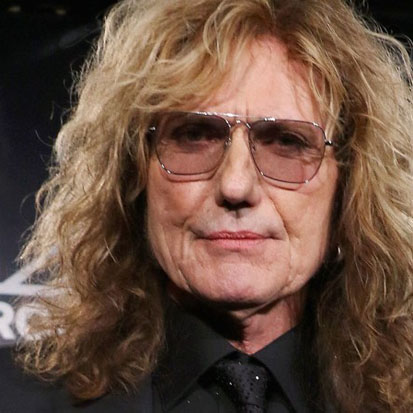 Whitesnake is working on Christmas music. The band's guitarist Reb Beach revealed this news during an appearance Tuesday (April 13) on SiriusXM's "Trunk Nation With Eddie Trunk".

Asked if Whitesnake still has any plans for live shows, now that the global pandemic slowly subsides, Beach said: "David (Coverdale) hasn't said anything about any live shows. The only thing… He texted me last week and wants me to come over and do a Christmas record. He loves Christmas — he's really into old St. Nick. He wants to do some Christmas stuff, which is great. He's writing it now, so he wants to have it out by Christmastime. It might be kind of a 'risqué' Christmas album. And then I'm sure he's gonna wanna go out and do some stuff next year".

Blabbemouth published this news about a Christmas Whitesnake record, however, David Coverdale clarified that the Christmas project will not be a full-length album. 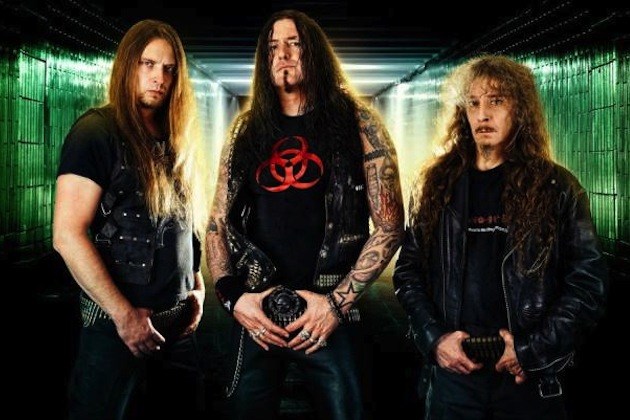 German thrash metal veterans Destruction have signed a worldwide deal with Napalm Records. So a new chapter begins in the career of Schmier and co. and the band's upcoming album will be released via Napalm.

Schmier commented: "Well, this decision was a long way coming! We are super excited to join the Napalm family, because I have been a fan of the label and their philosophy for a long time. I've followed their impressive history and great work for many years and have recommended Napalm Records to other bands and friends before. So now it was finally time for us to move on and be a part of their roster of fantastic artists. A strong and fresh partner for these crucial years of our career is an important step for us! We were using the time well to prepare new releases for our faithful fans worldwide, more news about that very soon!".

Napalm Records A&R Sebastian Muench said: "I am absolutely excited to work with such a legendary band as Destruction! I watched them play live in Frankfurt when I was 14 years old, and now working together as a team on new album releases is a dream come true! Welcome to the Napalm family!". 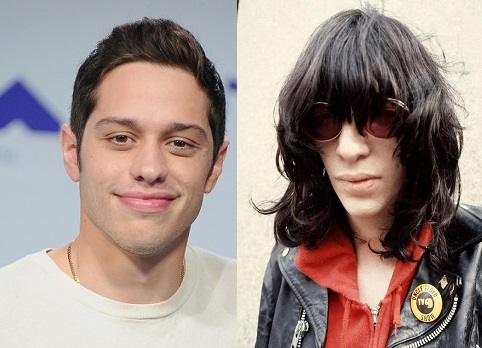 Adam Fogelson, chairman of STXfilms, said: "When you share a bed with someone — and not just a bed, but a childhood, a family, and a lifetime — you know that person better than anybody else. Mickey Leigh not only collaborated with his big brother's band — he has irreplaceable memories of and insights into Joey Ramone, having supported him when no one else would and witnessed him overcome adversity in the most dramatic way. 'I Slept With Joey Ramone' is a great rock anthem that will make an equally great rock biopic, set apart by a universal story of family. Pete is perfect for this role and we're excited he and Jason will be bringing this icon of rock to life and thrilled to be collaborating once again with our friends at Netflix."

Joey Ramone died in April 2001 after a seven-year battle with lymphoma. 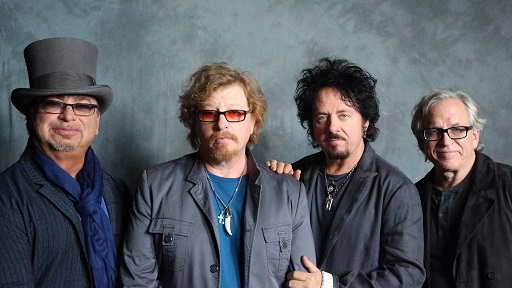 Toto and The Players Club / Mascot Label Group have announced the global release of "With A Little Help From My Friends" on June 25, 2021.  The performance captures one special night on November 21, 2020 when Steve Lukather, Joseph Williams and David Paich appeared with the new line-up of Toto for a global event originating from Los Angeles, CA.  Joining Lukather, Williams and Paich for this next chapter in their indelible history are new band members bassist John Pierce (Huey Lewis and The News), drummer Robert “Sput” Searight (Ghost-Note / Snarky Puppy), and keyboardist / background vocalist Steve Maggiora (Robert Jon & The Wreck). Keyboardist Dominique “Xavier” Taplin (Prince, Ghost-Note) and multi-instrumentalist / vocalist Warren Ham (Ringo Starr) segued over continuing their tenure in the ensemble. This marks the fifteenth incarnation of the Toto line-up in consideration of band members or sidemen who joined or exited.

Alongside LP pressings of the audio only, both a CD/DVD and CD/Blu-ray package are available. The track listing features “Till The End,” “Hold The Line,” “Pamela,” “Kingdom of Desire,” “White Sister,” “You Are The Flower,” “I Won’t Hold You Back,” “Stop Loving You,” “Home Of The Brave,” “Rosanna,” and “With A Little Help From My Friends.” In the DVD and Blu-ray releases, a documentary is featured alongside the performance, featuring thoughts from all members of the band that appeared that evening.

Steve Lukather a.k.a. Luke shares, “When the music is performed by great musicians it honors Toto. The documentary featured on the DVD offers great insights in to our thoughts looking forward. David, who stands with us, alongside Joe and myself, desire to keep this music alive.  And Paich could pop in any time for a show as a special surprise. When it came to plan this specific set list, we picked an eclectic group of songs for this one night only show. Looking forward, we’ll be selecting a broader mix from the Toto catalogue that includes deep cuts, the hits, and tunes from Joe and my recently released solo albums. Both of us could not be more thrilled with the global response to these records.  They charted all over the world, and integrating some of the music in to the new Toto set brings a fresh spice to the Toto The Dogz of Oz World Tour when we head back out to begin staging shows.  Simply, both of us aim to bring the past Toto to the present and beyond, and this first look at the new line-up sets the stage for a chapter in our history we can’t wait to write.”

Joe Williams offers, “It’s always a complete joy to perform a Toto show, but this one was special. Joining me, Luke and David last November were three new top level, virtuoso musicians as well as a few returning geniuses. The show itself was born out of the need to play after being on Covid lockdown, but also served as the reason to build this new band.  Right out of the gate this group gelled and dug deep into the new and old Toto material.  Among some of the deeper cuts is one of my all-time favorite songs, ‘You Are The Flower’ by the original - Bobby Kimball. Being a massive fan (and a good friend), I dedicate the performance to him. Also back are a few of my favorite things, ‘Till The End’ and ‘Pamela.’  Played to perfection by the new cats. I have the best job in the band because when I’m not singing, I get to watch the most incredible players work! The Toto model holds strong and true.  A band of the very best musicians and singers writing and performing all manner of cool songs. That’s how it began, and that’s how it continues.”  He continues, “This documentary explores that concept by talking with David, Luke, Warren, Dominic X, John Pierce, Robert ‘Sput’ Searight, and Steve Maggiora about their experiences as players, and also about being a part of the Toto legacy. And, of course discussion about the show as well. I think I’m in there too, saying how much I love these guys!  Soon we’ll to get back out to you, on stage, in the flesh expanding our set with some even deeper ‘legacy’ cuts as well as some new stuff from Luke’s and my new records. We can’t wait! In the meantime, enjoy a little Toto history and current events.  Xo Joe.”

"With A Little Help From My Friends " was produced by Joseph Williams, who also edited the accompanying long-form video.  The band’s long-time front of house engineer Ken Freeman mixed and captured the sound that evening.

Toto has announced the band will push all 2021 EU shows to 2022. Specific dates for those shows follows below. 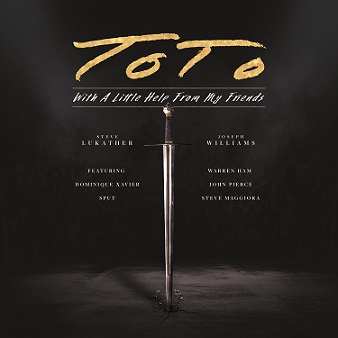